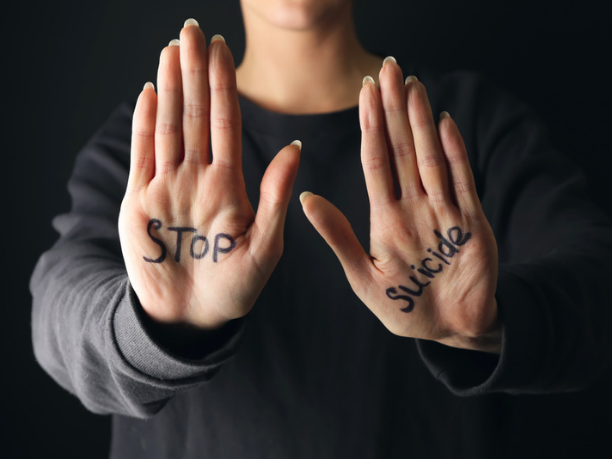 September is National Suicide Prevention Awareness Month, as many of you know if you frequent social media sites like Twitter and Instagram. That’s a mouthful, though.

Why is suicide prevention given a whole month out of the year for promotion and awareness?

Suicide affects people of all demographics. Yes, there are statistics that show the higher prevalence in certain populations, such as the stats I shared about the LGBTQ+ population above, or that males are more likely to complete suicide than females, yet females attempt suicide more frequently than males. What I’m trying to say here is that suicide is not discriminatory. And the same can be said about mental illness or substance use disorders. So many people are personally affected by these things or have a close friend or family member that is affected by these things so having a month to say “You Matter” sometimes doesn’t seem long enough.

However, it is comforting to see so many people and organizations getting involved with this once highly stigmatized thing. People are more comfortable sharing their stories about struggling with suicidal thoughts or telling the truth about how their loved one died by suicide. I’ve seen many people with semicolon tattoos. I’ve struck up conversations with total strangers just because they happen to have the same punctuation mark permanently etched on their skin as I do; because it means we belong to this weird “club” of people who understand what it’s like to lose someone to suicide or we know what it’s like to have the thoughts that we don’t belong in this world.

So, where do we go from here?

Well, sign up for our event on November 10th and come join people in the Raleigh/Durham area who know what it’s like to lose someone to suicide. Bring your support system with you and let them see that even though we may feel alone sometimes that we aren’t ever truly alone.

You can also start spreading the word on your social media pages, at your jobs, in your community, at your place of worship, in the restaurants you frequent, anywhere that will let you. My favorite way of spreading awareness is by printing out motivational sayings or encouraging words to stick to mirrors in bathrooms – just a small pick-me-up that will hopefully get a smile out of a stranger who needs it. Add @TriangleSurvivorsSupport so they can look up the cause and join our efforts in suicide prevention and awareness. Share our resources with your loved ones or anyone you think may need them, such as information on our Survivors of Suicide Support Groups located in Raleigh, Wake Forest, and Chapel Hill. We also have a page on our website with various hotlines that focus on both national and Raleigh suicide prevention resources. For more information, visit https://trianglesos.org/what-we-do.

Katherine Thompson lost her brother to suicide in 2016. Since then, she has volunteered with the American Foundation for Suicide Prevention and is currently pursuing her licensure for Clinical Counseling at East Carolina University. Katherine lives in North Carolina with her husband and two dogs.